A Woman Was Murdered After Rejecting Her Co-Worker’s Sexual Advances. ‘We Had No Indication Anything Was Awry,’ Her Boss Said.

In a tragic case of sexual harassment turned deadly, Nicole Michelle Hammond, 28, was shot and killed by a co-worker who allegedly sent her unwanted sexual advances. Prosecutors have charged Michael Jordan Carpenter, 36, with her murder.

Hammond was employed at Dubow Textiles, St. Cloud, Minnesota. At around 7 am on October 24, police responded to a 911 call about a shooting in the company’s parking lot. Hammond was found lying on the ground near her car when they arrived at the scene. The officers attempted to revive her with CPR, but were unsuccessful. She died on the spot.

An employee saw Carpenter walk towards the spot where a gunshot was fired. They saw Carpenter run back to his car, and he drove off. Police found a 9mm handgun and bullets in Carpenter’s car. They were identical to the ones found near Hammond. 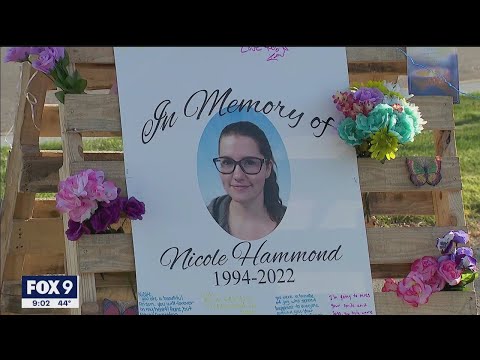 Prosecutors have charged Carpenter with second-degree murder, saying he made numerous unwanted sexual advances to Hammond over the past month.

Cell phone data revealed text messages between Carpenter and Hammond that were sent hours before her death. She asked that Carpenter not “touch” her or “manipulate” her. She also requested that he not make work uncomfortable. “

Rob Dubow was the CEO of Dubow Textiles. He told Fox9 News , that Hammond had not reported the harassment to the HR.

“We are there to help if you have any questions. Dubow stated that in this instance, there was no indication of anything amiss.

Remembering Hammond, he said, “Nicole always had a smile on her face. Anyone who was ever in contact with Nicole could not help but admire her. “

Nato doubles down on pledge to make Ukraine a member