Amazon wants to get in on “TikTok’s ” Trend.

TikTok’s powerful algorithm has proven to be a successful demonstration of purchasing power — from launching successful businesses to reportedly driving shortages of various foods used in recipes that go viral on the app.

TikTok also has an integration with Shopify and an e-commerce platform for sellers called TikTok shop. Now, Amazon wants to get in on the short-form content action. The company announced Thursday via the Wall Street Journal that it was introducing a pilot version of a short-form video app geared towards product discovery called, Inspire.

The app will be available to certain customers in early December and is expected to open up to more customers in the U.S. within the next several months, the company told WSJ.

“Video-based content really helps [customers] to understand the product more,” said Oliver Messenger, director of shopping at Amazon, per WSJ. The feature will be available in Amazon’s shopping app. It will allow users to select from a variety of interests (like skincare and pets) and will become more personalized over time based upon how they interact with the products. Messenger explained to the outlet. (TikTok has a notoriously addictive, personalized algorithm. )

Amazon has reportedly been testing this product since August, per WSJ, and it follows other major companies that have struggled to compete with TikTok — and went on to make a similar product — including Meta Platforms, which introduced its own short-form video platform on Instagram, called Reels.

TikTok has remained strong despite a difficult environment for its peers. There have been layoffs at companies ranging from Meta Platforms, Twitter, and Amazon. The company is reportedly still hiring, despite reports of an intense culture. It is also facing increased regulatory scrutiny.

Related: I Ran the First Version of TikTok. Here’s what I learned about spotting viral trends.

According to TechCrunch, Amazon is already working with its influencers to create content for the app. 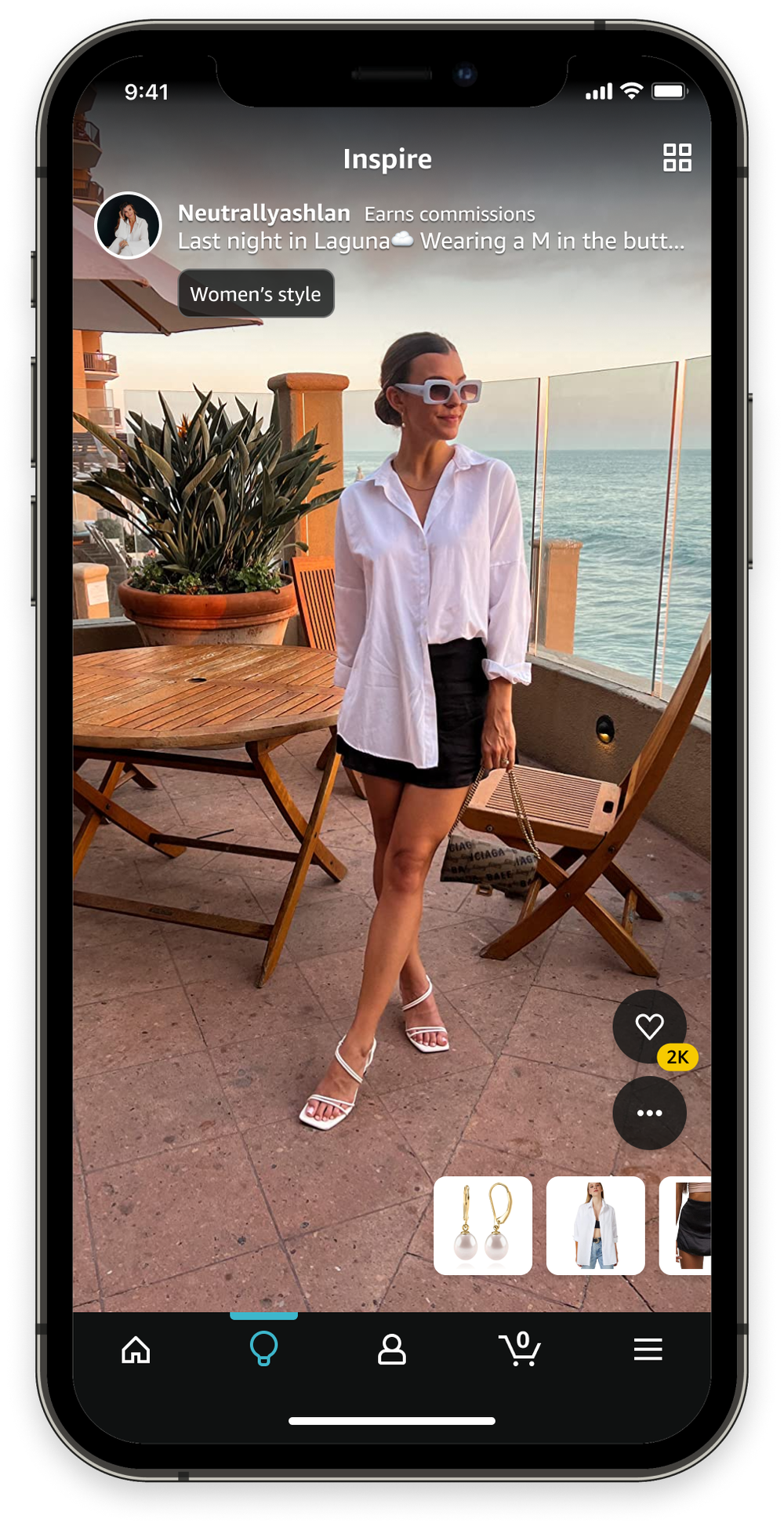 “We invent every day to make shopping easy and fun. Inspire is our new shopping experience that connects Amazon customers with shoppable content created by other customers, the latest influencers, and a wide range of brands,” Messenger added to Entrepreneur via email.