NASA delays Artemis I launch due to engine bleed

The un-crewed Artemis 1 mission is postponed until September 2 at the earliest. 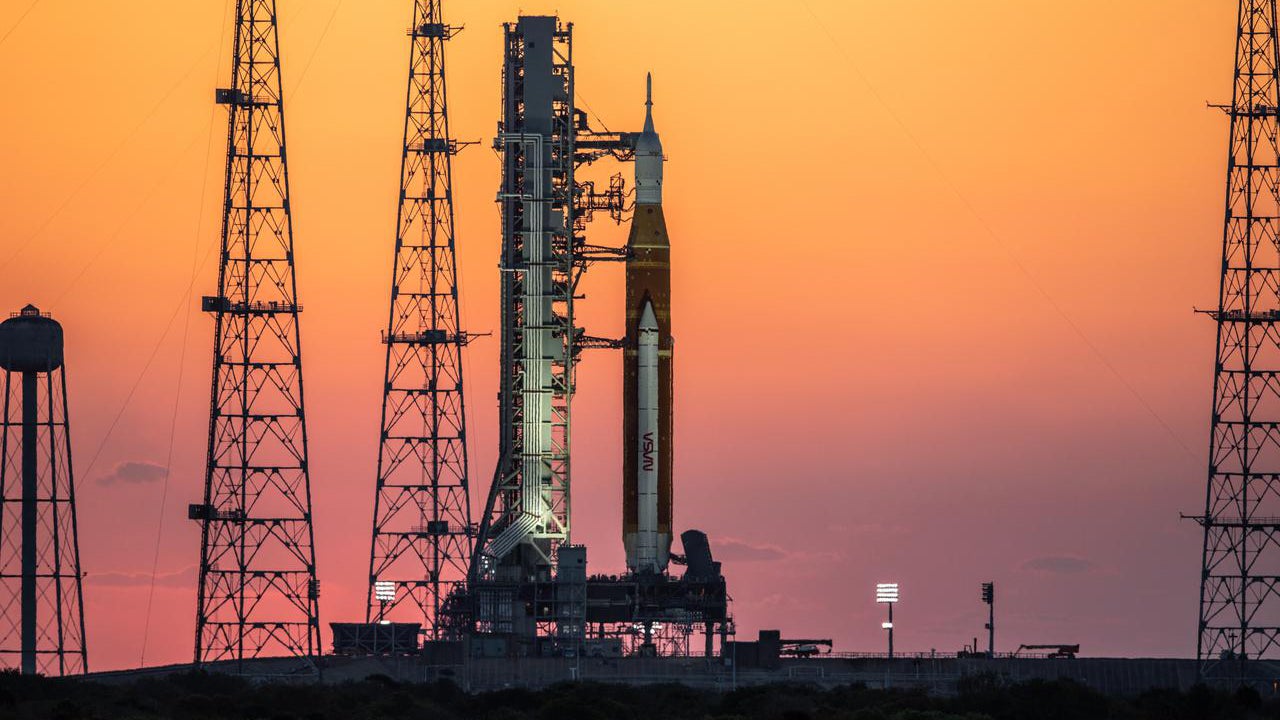 The sunrise casts a warm glow around the Artemis I Space Launch System (SLS) and Orion spacecraft at Launch Pad 39B. NASA/Ben Smegelsky

At around 8: 35 a.m. EST today, NASA scrubbed the planned launch of Artemis I. According to NASA officials, the team couldn’t get past an engine bleed in Engine 3 of the Space Launch System that wasn’t showing the right temperature. This fuel bleed is a separate issue from the fuel loading leaks that the team previously encountered during tests.

According to NASA, a liquid hydrogen line did not adequately chill one of the rocket’s four core-stage engines, which are part of the preparations needed before ignition.

The countdown was halted at T-40 minutes, as engineers continued to troubleshoot. Earlier in the morning, NASA stopped and restarted the fueling of the Space Launch System rocket with nearly 1 million gallons of super-cold hydrogen and oxygen because of a leak. Thunderstorms off of Florida’s Kennedy Space Center had already delayed the fueling by nearly an hour.

[Related: Get ready to watch NASA’s most powerful rocket head for the moon.]

Technical issues during a launch like this are not uncommon. In 1986, the space shuttle Columbia launch was postponed a staggering seven times.

The earliest availability to launch is Friday September 2, but no determination has been made as to what the plan is to go forward to remedy the engine bleed.

[Related: “Counting down to the Artemis 1 launch, NASA’s biggest moon mission in decades.”]

The launch will be the first flight of the Space Launch System, a 322-foot-tall rocket that will take astronauts to the moon for the first time in over 50 years. Artemis I will be an un-crewed flight test and will also pave the way for missions to land the first woman and first person of color on the Moon.

Pregnancy Changes the Brain, Possibly Promoting Bonding with a Baby

What the Triple Threat of COVID, RSV and Flu Means for Children

The World Cup In Qatar Is a Climate Catastrophe

This Carnivorous Plant Has a Rain-Powered Trap

How to Eliminate Scheduling Inefficiencies in Your Business

15 Cheat Codes for Life: Jump 7 Years Ahead of People