Netflix to Teach Subscribers ‘How to Build a Sex Room’

This is really taking the whole “Netflix and chill” thing to another level.

The streamer has revealed a trailer (below) for an upcoming sex-positive unscripted series titled How to Build a Sex Room.

The pitch: “Couples looking for more spice in the bedroom hire luxury interior designer Melanie Rose to create stylish spaces where they can carry out any fantasy they wish.”

One of the clients describes Rose as “the Mary Poppins of sex rooms,” and you can see her in action here: 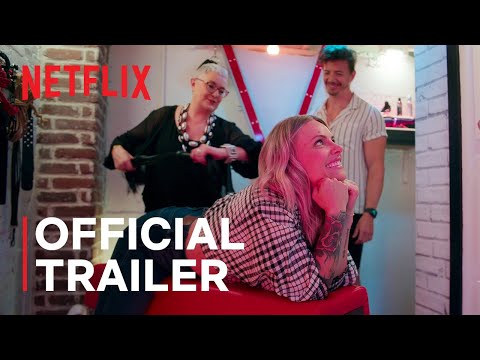 In each episode, Rose visits a couple who are looking to convert a room in their home into a high-end adult play space. She interviews the couple to figure out what they like to do in the bedroom and then works with a contractor to create a sex room where nobody will have any idea what the couple are up to (except for everybody who watches Netflix, of course).

The series will arguably be one of the streamer’s most risqué unscripted titles in the U.S., though it is far less explicit than some of Netflix’s acquired reality content in the U.K. (such as the infamous Naked Attraction).

How to Build a Sex Room premieres on Netflix on July 8.

Best noise-cancelling headphones under $100 of 2022

Could reptiles and amphibians hold the key to the fountain of youth?