This New Album Makes Beautiful Music out of Gravity, the Elements and Photosynthesis

Two years and counting into the COVID pandemic, we’ve all seen plenty of misinformation and junk science, whether online, on cable news or even in person by those eager to share their (sigh) “alternative views.” Meanwhile, trust in public health experts and institutions is at a discouraging low. In the face of so many negative comments directed at science, it’s easy to feel exhausted trying to do the right things for public health or education. The Sound of Science’s self-titled debut album is a welcome breath of air. It reminds us science is not a threat nor a conspiracy, but rather a vitally important endeavor that deserves our support. You can also dance to it in this instance.

The Sound of Science was created in 2005 by two British musicians, Dean Honer, and Kevin Pearce. They wanted to create educational music that children could enjoy, but also wouldn’t be “a form of terror” for parents, Honer stated in the album promotion material. They have succeeded in this regard and created one of the most enjoyable listens of the year. The Sound of Science features a different scientific concept in each song, ranging from atoms and elements to the speed of light and nebulae.

“Gravity is perhaps the best of the litter. The song’s mix of choral children’s voices and vintage synths sounds like a collaboration between Pastor T. L. Barrett and the Youth for Christ Choir in 1971 and 10 000 Hz Legend-era Air from 30 years later. It’s an irresistible song that contrasts a text-to -speech voice inculcating Isaac Newton with Sharron Kraus, a musician singing about the sun’s mass. The Verve Children’s Choir of Sheffield sings the album’s most memorable hook in the chorus: “Gravity’s force that keeps you feet on the ground .” 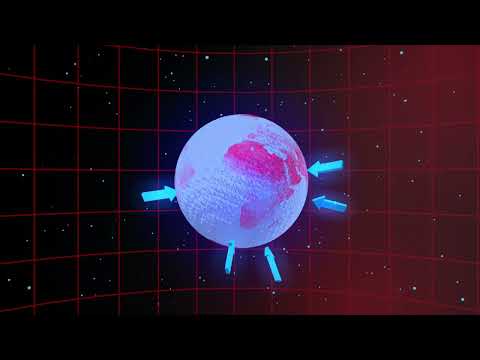 “These Are the Elements” is reminiscent in spirit of “200 Bars,” the closing track on the classic 1992 LP Lazer Guided Melodies by Spiritualized, where vocalist Kate Radley counts peacefully from one to 200 while a gentle, synth-driven tune percolates around her. The Sound of Science amplifies the idea’s energy by using a computer-generated voice to list elements of the periodic tables (with the help of an enthusiastic kid on the background vocals) over a pulsing electronic beat.

“The Water Cycle is perhaps the most complex track on the record. The track begins as a lush, absorbing swell composed of pastoral folk with beautiful harmonies and daubs if bubbling synths (including natural samples of bubbling waters), but then explodes into a short-but-epic chorus of “Rain hail and snow!” before finally fading out to the sounds soft thunder and rain.

Every song, regardless of whether it is about photosynthesis or global warming has its own charming musical personality thanks to a variety (human and synthetic) of voices and consistently innovative instrumentation.

As Scientific American‘s digital art director, I also appreciate that, like every release from the Castles in Space label, the graphic design of the album is just as cool as the music and a strong argument for still buying a physical product over just streaming the audio.

You can hear more of the Sound of Science on Bandcamp. And you can also take a listen to Scientific American‘s carefully curated Spotify playlist of other science-inspired electronic bangers (embedded below) and check out our indie rock, ambient and heavy metal science song playlists on our

How to grab and move multiple iPhone apps at once

This ghostly particle may be why dark matter keeps eluding us

Why Juul vaping products might start disappearing from US stores

Ghislaine Maxwell to be sentenced

Economic fallout continues for Russia after defaulting on foreign debts